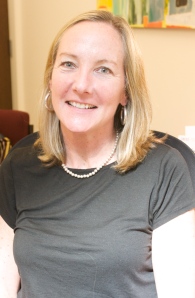 Published by the Journal of Couple and Family Psychology on June 25, the study documents the effects of transitioning into parenthood for 48 gay male couples in the Bay Area, detailing the relationship issues that arose as a result of becoming parents.

“We’re trying to understand what barriers and positive things gay fathers encounter in that transition,” SFSU sexuality studies professor Colleen Hoff said. “Given that the HIV risk is so prevalent in the gay community, we wanted to know if parenthood would have an impact on HIV risk.”

In 2006, the study states, gay men made up 48.1 percent of total HIV/AIDS cases in the U.S. and in 2008, represented 51 percent of new HIV/AIDS diagnoses. Today, one in five gay male couples is raising children which begs the question, Hoff said, about whether becoming a parent leads to gay fathers engaging in more or less risky sexual behavior.

“A lot of them reported that with children at home they’re exhausted so the frequency of sex decreases, which could mean less risk for HIV,” Hoff said. “Roughly half the couples were in open relationships and reported there’s less time and desire to act on that. All together, one might think that having children moves people toward a less risky lifestyle.”

The reported decrease in sexual frequency was generally accepted by the couples as a direct result of prioritizing their children over themselves as they transitioned into a more mature stage of life.

“There was no resentment or frustration in most couples,” Hoff said. “Most of them really appreciated non-sexual expressions of intimacy: watching their kids walk down the street hand-in-hand with their partner or just appreciating the time hugging and sleeping together.”

The study emphasized that many of the gay couples’ relationship changes are not unique to them but are typical of all couples with children.

Unique to the gay couples’ experiences, though, are the various types of stigmatization and discrimination they undergo as a result of being parents. Of the fathers that were in open relationships, the study documents one that felt uncomfortable talking to his physician about getting tested for sexually transmitted infections for fear of being judged.

Other fathers talked about taking their children to playgrounds and being approached by women eager to give unsolicited advice about children rearing. One father reported that he tried to join a local father’s group but was denied membership because he was gay.

Despite the extra pressures, Hoff said, having families probably leans gay couples toward less HIV risk. She hopes to conduct a more rigorous national study in the future to justify her conclusion with more data.

In addition to Hoff, who is also the director of the Center for Research on Gender and Sexuality, authors of the study include Sean C. Beougher and Carmen Gomez Mandic from SFSU, and David Huebner and Julia E. Mackaronis from the University of Utah.